Three weeks after undergoing tonsil surgery, Real Madrid striker Mariano finally returned to the training ground of Valdebebas base on Thursday, but he did not participate in joint training, but jogs on the sidelines. According to "Marca", the impact of this operation on Mariano is not small, he has lost as much as 8 kg. 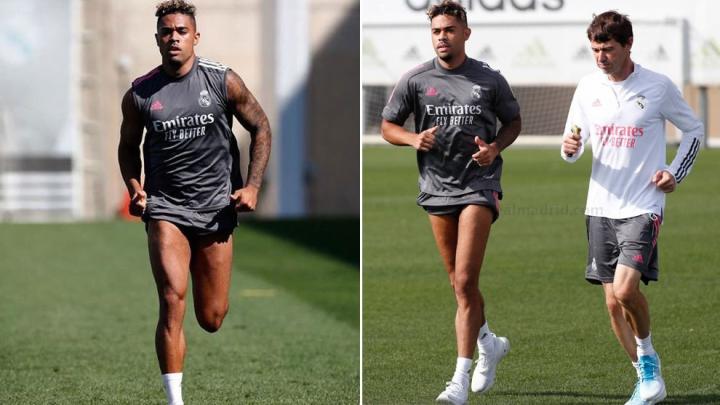 According to the newspaper, Mariano was unable to eat solid food for more than 10 days after the operation, and suffered severe pain, even bleeding, which seriously affected his eating, so he lost a lot of weight. Mariano is trying to gain weight recently, and the weight has recovered slightly, but it is still 5 kg lighter than before the operation. From the official pictures of Real Madrid, the difference in his leg muscles before and after the operation can be clearly seen.

Mariano can be described as a fleeting disadvantage. The infection of the new crown prevented him from qualifying for the Champions League at the end of last season. After returning from the holiday, he has been plagued by injuries. Finally, he was able to play and had a problem with his throat and eventually had to undergo surgery. Fortunately, this time to catch up with the international game day, Mariano has time to work hard to recover to his ideal weight and prepare for the game two weeks later.